Our little weekend getaway to Wemeldinge 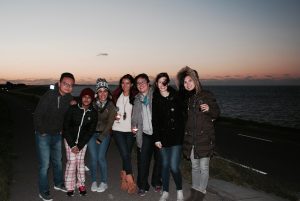 Everybody gathered at the bus station in Antwerp. Due to the earliness, some people were more enthusiastic than others. When Meredith checked the presence of everyone and stacking the bus with food enough to feed an army, it was time to leave for the Netherlands. Our final destination? Wemeldinge… yeah, I know, never heard of it either. 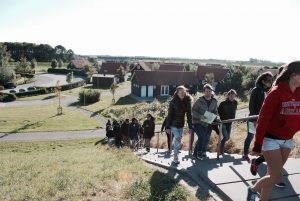 Wemeldinge was very pretty, the place were we stayed was lovely: spacious rooms (I claimed the biggest one of course) and a cosy living area. When you crossed the hill in front of our accommodation, you could see the sea. Apparently it was the Oosterschelde and not the sea, but anyhow, let’s keep it at ‘the sea’. It was fun that some chickens and geez were walking around freely in the big garden. They were definitely geez and not ducks because everyone knows that ducks are yellow, right?!

The first day, we focused on our personality and the place we have in a group. We thought about different aspects of ourselves such as the position on the DISC model (I’m a strong D and E apparently), our story and our fears for the upcoming year. Later, we discussed these topics with our peergroups to get to know each other even more. 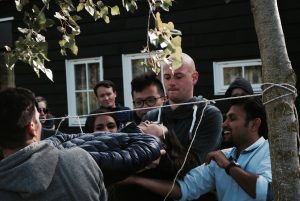 After a good night of sleep (some had more than others, and some slept definitely better than others… I’m not making any subtle reference or anything), it was time for a new day full of activities and team building. We were broken into three groups and different tasks were given to us: finding little coloured sticks whilst blindfolded and attached to each other, crawling through a spiderweb,… Time flew by and before I realised, it was already time to go back home. 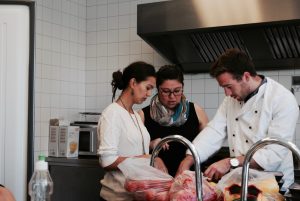 Throughout these two days, I could easily say that we had the best catering of all classes: Bram, our personal cook, and his team made sure we were never hungry: from tortillas with guacamole and sour cream,  to coffee breaks, to gastronomical pastas, to a royal breakfast, to even more coffee breaks, to Cava, sangria, wine and beer…

In conclusion, what were the highlights of the weekend? 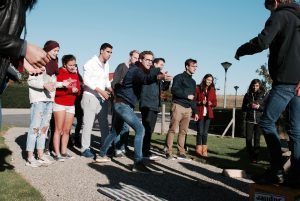 Thanks to our mentors and a special shout-out to my entire class for the amazing atmosphere. Enjoy the pictures!!

END_OF_DOCUMENT_TOKEN_TO_BE_REPLACED

The onboarding days, it already feels like ages ago.... Three days of workshops where you had the opportunity to meet the people from other Master programs and the official launch of a new academic year at Antwerp Management School. Three days of getting to know one another as well as the ...

END_OF_DOCUMENT_TOKEN_TO_BE_REPLACED

Global Supply Chain Management, 36 wonderful people, 15 nationalities, 11 women, 25 men, 5 religions, a life worth of languages and a variety of personalities... but 1 team. Other Master Programs had already started before the onboarding days, but for us, Supply Chainers, the adventure ...