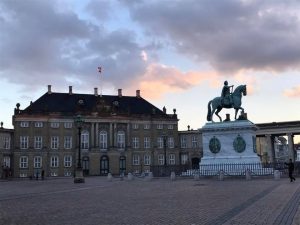 March 18, 7:15 AM. The sleepy yet excited MGM group was ready for departure. Destination? Copenhagen! More specific, we were heading for the Danish Technical University where we would step out of our business comfort zone and be exposed to the wonderful (and complex) world of technology. Since we agreed on leaving earlier, we had the whole weekend to explore the city.

Fun fact °1. At least most of us were ready for departure: one person didn’t make it to the train in time and someone else even missed the flight. Time management, guys!

Fun fact °2. Leaving early also meant that we had to book the accomodation for the extra night ourselves. One friend group accidentily booked a room in Malmö and thus spent the night in Sweden instead of Denmark. Tomayto, Tomahto. Scandinayvia, Scandinahvia.

First stop (of many) of our touristic tour: Nyhavn, the famous harbor of Copenhagen. The colorful houses and ships form grist to the mill of many Instagram users. Very picturesque, very ‘hygge’. 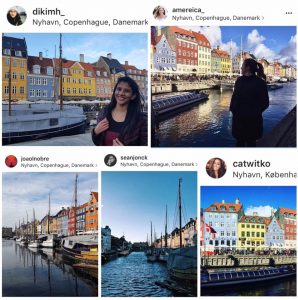 Contrary to what postcards may suggest, there’s more to Copenhagen than Nyhavn. Way more! And way too much to sum it all up in this rather concise blogpost. But I’ll give it a try. There’s the Round Tower and the Church of our Savior with some breathtaking views (and staircases). Further, there’s the beautiful Parliament, the old stock exchange Børsen, the Amalienborg Palace and Rosenborg Castle where the Danish crown jewels can be found.

Did you know that there’s even another non-EU state within Copenhagen? Freetown Christiana claims to be an independent and anarchistic society with no to very little rules. One could compare it with a permanent equivalent of Woodstock. Super surrealistic and definitely worth a visit!

In general, Copenhagen exceeded my expectations. Just wow. And I guess a lot of my classmates agree with me on this, since ‘wow’ really became the [w]ord [o]f the [w]eek. Except for maybe one thing: the little mermaid statue. Utterly underwhelming.

After a weekend filled with city strolling, it was time for class. During our 4-day seminar at DTU (Danske Tekniske Universitet) we got acquainted with several hot topics in the field of technology. We had classes on big data, the internet of things, image analysis and computer graphics, antimicrobial resistance and how microrobots can be used to manipulate cells. But that's not all! We also participated in a workshop on the mathematical expression of musical emotion and learned all about 3D-printing at the DTU printing lab. We even paid a visit to the DTU Roadrunners headquarter where students get to put their theoretical knowledge into practice by building a DTU racecar. Cool, right? 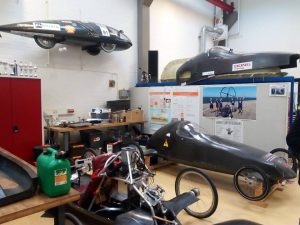 Talking about visits, on Wednesday we exchanged Copenhagen for Kalondburg where we had the chance to set foot on the production site of UniBio, a company that turns methane into food and Kalondburg Forsygningen, a water treatment company. Next up was the Symbiosis eco-industrial park. Here, the waste of one company constituted the resources of another company and so on. A true circular economy!

The schedule was pretty busy. However this was compensated by the numerous coffee breaks that were foreseen. Apparently the Danish take the 'fika' concept very seriously! No really, seven cups of coffee a day?!

MGM didn't only allow itself to take a pause by sipping coffee. Saturday night we tasted some Danish beer (as if we don't know what beer tastes like) and tried out some new dance moves in a bar in the hip meatpacking district.

Fun fact °3. One of our classmates (whose identity I will not disclose 😉) got mistaken for a Danish celebrity and hence got a lot of attention from some more mature women. Poor guy.

On Tuesday evening we collectively enjoyed some street food and (a lot of) wine (and beers) at the extremely cosy food market hall located near the water and the modern opera house. Of course, MGM closed the bar down. What a night! Even some midnight trampoline jumping occured.

As the length of this blogpost may suggest, I could go on forever. So tl;dr: I had an amazing time in Denmark! We had a blast!

Guess this was my last MGM blogpost.

Picture courtesy: I felt so free to use some of my classmates pictures. Credits to Sean, Stéfanie, Cat, Meredith, João, Diksha and Annelien!

Doing business in the desert of the Middle-East

So, how is life as an intern in Dubai? Well, to be honest, it’s awesome! When I wake up in the morning the temperature is already 30°C and more. Therefore, commuting to work can be quite tough (Yeah, I hear you; “don’t complain you’re in Dubai”, but still.) I leave at 8AM, but because my ...

END_OF_DOCUMENT_TOKEN_TO_BE_REPLACED

You know you study at AMS when...

When applying for AMS, we were promised that our year at AMS wouldn’t only increase our academic knowledge or improve our hard skills. In accordance with the holistic approach, our year would be more than the sum of our courses. Our AMS experience would also mold us as a person. And sure ...

END_OF_DOCUMENT_TOKEN_TO_BE_REPLACED

Our Dublin experience started at the end of September. We had to send a video with our motivation to get selected. The MIE students were with 9 people: Anthony, Bruno, Heleen, Jeroen, Kitty, Mathias, Pepijn, Sjors and Vroni. Instead of just going Monday and Tuesday to visit the companies, ...